The Peace Corps, created by President John F. Kennedy by executive order in March 1961, provided for an exchange of technical expertise and cultural understanding between the United States and underdeveloped nations through the training and placement of American volunteers abroad. In turn, the volunteers returned to the U.S. as knowledgeable teachers and global advocates. The U.S. government entrusted a select number of universities with the delicate image of the nation and, in some respects, the advancement of developing countries.

Northern Illinois University rose to the challenge — providing the knowledge from its faculty, staff, and their connections to create a Peace Corps training program for volunteers assigned to Malaysia, Thailand, and the Philippines.

The government contract, signed September 28, 1961 by President Leslie Holmes, gave NIU the responsibility of training and selecting for service up to 80 volunteers, who had completed the Peace Corps Entrance Test, attained sufficient technical skills in their assigned jobs, and demonstrated a good understanding of American and world affairs. It was the third Midwestern school, after Iowa State and Notre Dame, to host trainees.

The Peace Corps programs were diverse in their technical skills, goals, and character, but what seemed to hold steady was the desire to prepare trainees to the greatest extent possible, based on all given knowledge and subject to constant assessment and evaluation from trainees, staff, and the federal government. Its lasting legacy was with the volunteers and at NIU in knowledge and expertise. Sometimes, those legacies came together in the form of returned Peace Corps volunteers becoming staff and faculty. (See sidebar on Clark and Arlene Neher)

While NIU had hired Southeast Asia scholars prior to the Peace Corps and hosted summer institutes on Asia since 1958, the Peace Corps program would act as the catalyst for the creation of the Center for Southeast Asian Studies (CSEAS). The State Teachers College Board established CSEAS in 1963 to further organize and coordinate staff efforts in the region. Under its auspices would fall the summer institutes, Peace Corps training, research, foreign exchange, and scholarships for Southeast Asian studies. Much of that work continues at the Center today, with students reaping many of the benefits.NIU enthusiastically engaged with the Peace Corps, training roughly 1,200 volunteers in DeKalb before moving its Southeast Asia training to Hawaii for a more authentic living experience. The partnership culminated in fruitful results in Southeast Asia, for the position of the United States in geopolitics and business, and for NIU’s ongoing exchanges with the region. CSEAS was not created by or for the Peace Corps alone, but was advanced remarkably by its recognition and results.

View a detailed timeline of CSEAS history at www.cseas.niu.edu/cseas/about/history.shtml

Service in the Peace Corps paved the way to careers in Southeast Asian studies for six retired Center for Southeast Asian Studies associates, including Clark and Arlene Neher, ’74, who were among the first volunteers accepted to the Corps.

The couple served in Thailand from 1963 to 1965, with Clark teaching on the political science faculty at Chulalongkorn University and Arlene teaching English at Prasarnmit College of Education. Four years after returning to the U.S., the Nehers moved to DeKalb, where Clark, a newly minted PhD in political science from UCLA, joined the Political Science faculty as a Southeast Asia specialist and Arlene completed her PhD in history and eventually became director of the College of Liberal Arts and Sciences External Programming office. 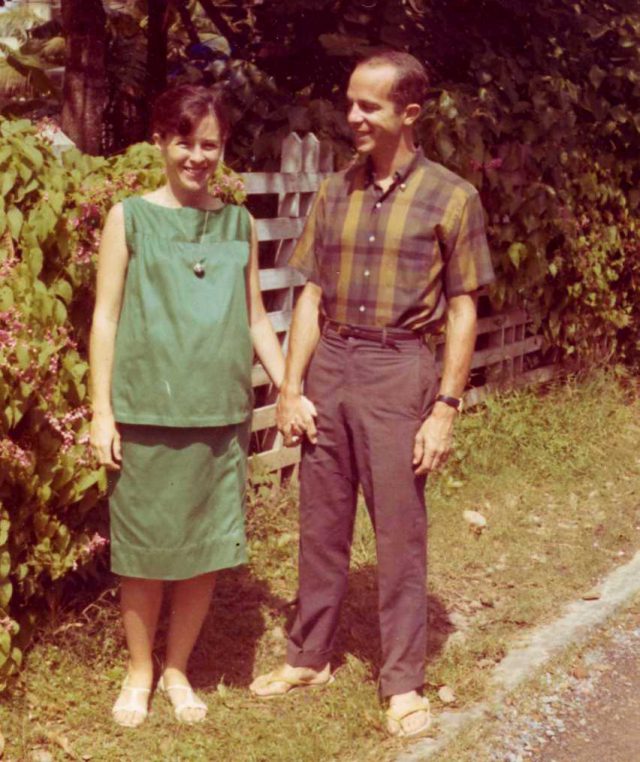 Being in the Peace Corps was a life-changing experience, Clark recalled in a 2011 article for NIU Today. In addition to their first son being born in Bangkok mid-tour, the couple made lifelong friends as they experienced Thailand’s rich history and culture. Before leaving the country, the Nehers wrote a thank-you letter to then-King Bhumidol Adulyadej (1927-2016) and to their surprise received a summons to the palace for a brief audience. “We ended up spending several hours with him,” Clark recalled in a 2011 article for NIU Today. “The American ambassador contacted me later and asked how we managed such a long audience with His Majesty.”

During their time at NIU, the Nehers returned often to Thailand and visited other parts of Southeast Asia. Clark served as chair of the Department of Political Science from 1982-88 and 1993-96, then as Director of CSEAS from 1996-99.

Upon their retirement, Clark and Arlene established the Clark and Arlene Neher Graduate Fellowship for the Study of Southeast Asia, a fellowship open to U.S. and international students. Their legacy so far has provided for 17 students in fields ranging from political science to ethnomusicology to further their research and study of Southeast Asia. Political Science doctoral student Nicole Loring is the 2018-19 Neher Fellow.

This condensed account was excerpted from Rise of the Sarimanok, Vol. 1, by Trude Jacobsen and Maria Hancock Nihei (CSEAS, 2013).