After 14 hours in the air, there was obviously no need to tell Marcus Lewis that he wasn’t in DeKalb anymore.

Yet his first steps off the plane into a nearly empty airport in China, with none of the crowded hustle and bustle of O’Hare International Airport, did the job anyway.

His important realizations would come later, however, as the elementary education major spent six weeks from early July through mid-August 2017 teaching English to teenagers at the Beijing Royal School.

English lessons came through an exploration of fairy tales, movies, TV shows, comic books and superheroes. Through morning exercise. Through telling stories of life in America. Through touching U.S. currency. Through synonyms and antonyms. Through celebrating the Fourth of July. Through song and dance. Through imaginations sparked with “a bunch of glue and a bunch of sticks.” Through hugs and tears.

“Students and kids are kids wherever you go,” said Lewis, one of 37 NIU College of Education students who participated in the 2017 maiden voyage of Educate Global, which provided round-trip airfare, room and board, and cultural tours at no cost to the students or the college.

Part of the college’s experiential Educate and Engage Program, Educate Global was designed exactly for outcomes like that — outcomes achieved again in the summer of 2018 when a contingent of 10 traveled to the Beijing Royal School to teach English.

Undergraduates in early childhood education, elementary education, middle level teaching and learning and special education, as well as graduate students in the same licensure programs and alumni currently holding teaching licenses, immersed themselves in what Dean Laurie Elish-Piper calls “an amazing opportunity to expand their worldviews.”

Doing so, she added, enhanced their preparation and resiliency for rapidly changing classrooms in the United States. “We are seeing an increasing diversity in the K-12 population,” Elish-Piper said.

“Our graduates are going to encounter students who speak different languages, who come from different cultures, who have different experiences,” she added. “They are now more aware. They will approach teaching from a more global understanding. They appreciate the diversity and differences our students bring to the classroom.”

“Each student who participated has been transformed in different ways. They’ve experienced the life of being a teacher in a very unfamiliar setting,” she said. “Educate Global was an eye-opening opportunity to be in a part of the world where the culture, the language and the educational setting are so different.”

David Walker, associate dean for Academic Affairs, witnessed that with his own eyes.

Walker, along with Terry Borg, director of the college’s Office of External and Global Programs, visited all the classrooms in China and Taiwan in 2017 to observe NIU students in action and to debrief them afterward.

“I saw our students really grow. I saw them be really self-reflective about how they need to change and develop,” Walker said. Adding that “the life-altering set of experiences” enabled students to learn about themselves, what they do well and where they need to improve.

“Even now, I’ve had a number of them come up to me — in Gabel Hall, in Graham Hall, on the sidewalk — and tell me how Educate Global has changed their lives. It’s changed the trajectory of what they want to do with teaching,” he added. “These are comments initiated by the students — which reveals to me what a powerful experience this was.”

Borg knows why the Huskie travelers feel that way.

“When we place them internationally, they become the minority. They, in many cases, find out for the first time what it’s like to actually be in a situation where they’re not in control or can’t navigate,” he said.

“For somebody to survive in that situation, and to excel and to thrive in that situation, means that the teacher-candidate is adaptable, is flexible, can make something out of nothing,” he said. “It allows our students to become better citizens of the world. It requires our students to look at the world differently. It allows them to really reflect, and also to really reach out to students that perhaps don’t come from the same place that they come from.” Case in point: Students in China and Taiwan “do not behave like American students,” Borg said.

“Many times, an Educate Global student would have to break down that wall in order for that student to begin to share and to become more open,” Borg said.

“The effective educator really needs to be prepared to meet students where they’re at and move them to the next level,” he added. “This is what NIU’s College of Education is all about. We want to be sure that our students have a whole tool kit to pull out at any moment.”

Taylor and her co-teacher played games with students at the Beijing Royal School, which educates 11-to-15 year-old students, asking them to demonstrate comprehension by completing unfinished sentences or drawing pictures of words spoken in English.

Nonetheless, “some of the students got frustrated. They were really hard on themselves. They are more disciplined, and when they do things wrong, they are really angry at themselves and some of them would cry,” Taylor said.

“We would tell them, ‘It’s OK.’ We tried to show them that we’ve been here for five weeks and we still don’t know as much Chinese as you know English,” she added.

“I felt like I was actually helping them, so it was very rewarding. I felt like we were making a difference. They were happy they were learning, and we were happy we were teaching them in a way they could learn.”

When Taylor eventually returns to her native Chicago to teach in “a school that’s impoverished,” she will bring the experiences of China with her.

“You have to slow down and take your time, because it’s not always that the students don’t understand. It’s that sometimes you’re going a little too fast for them to be able to let you know that they understand,” Taylor said.

“Sometimes we look only at the majority, and there’s a few stragglers behind. They’re still not grasping the material as quickly. We have to make sure that everybody knows it before we continue on because, when we go on to another subject, then they don’t know the first one — so they’re not going to be able to grasp that one either.” 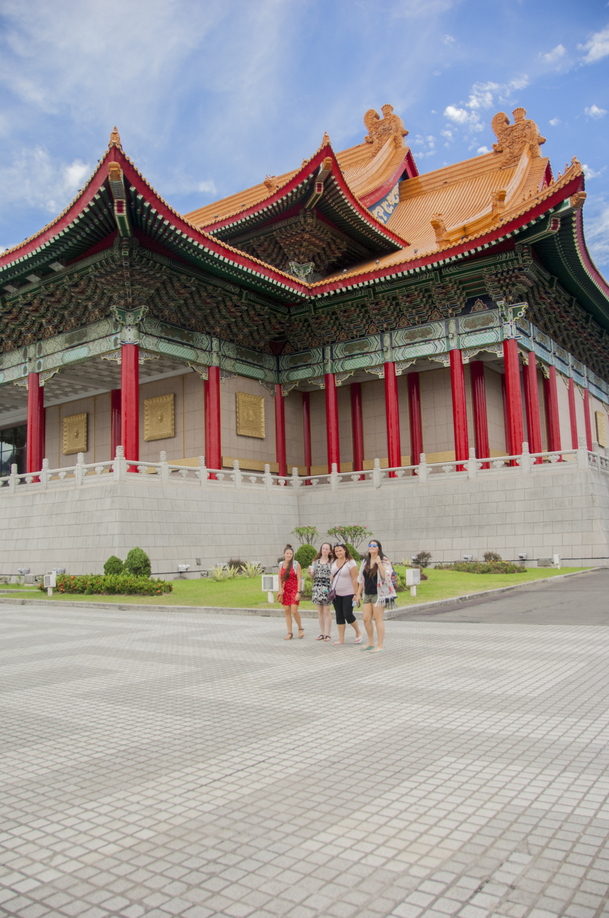 Her confidence has risen to meet such challenges.

“There are people that we feel like might not ever ‘get it,’ and we have to strive to help those students because it’s our job to make sure they get it. We have to figure out a way to help them so they can move on, so they can continue in life and continue in their education,” she said.

“I was able to just get a glimpse of what happens when you slow down, you help them,” she added, “helping their confidence to grow so they can feel comfortable learning the material even if they make mistakes. That made me feel good as a teacher.”

Beyond adding an unparalleled international experience to their resumes, Educate Global students also can apply for NIU’s’s Engage PLUS Academic Transcript Notation, which documents such skills as critical thinking, organization and teamwork.

“Our students who participated in Educate Global are highly motivated,” Elish-Piper said. “They are mature and serious. They are excited about taking a chance — of going out of their comfort zone, learning about others and, more importantly, learning about themselves.”

“The experiences they explain to principals and school districts are phenomenal,” Walker added. “I don’t know of many schools in our area that offer this kind of program. It’s the chance of a lifetime and will be a hallmark of their lives.”

James Cohen, an associate professor in the Department of Curriculum and Instruction, joined colleagues Jodi Lampi and John Evar Strid and former NIU faculty member Samina Hadi-Tabassum in traveling in China and Taiwan to supervise and mentor the students in 2017.

“What I saw in our students was that they stepped up to the plate,” Cohen said. “I saw games. I heard songs. I saw projects. I saw physical activities that got the students out of their chairs. I saw one teacher taking students outside, in the heat, to run while working on their English.”